A smallish excavator was hired to dig the trenches for the house’s sewage pipes and the foundations that will follow. Since the building will share an existing sewerage system with the house next door, this involved digging a 40 meter long, roughly meter deep trench running east towards the existing manhole.

Top half of the trench dug ready to lay the sewage pipe.

The pipes had to be laid with a constant steady downhill drop to ensure that waste flows properly. The manhole in the distance has the separate pipes from the toilet and kitchen etc running into it.  It is an easy access point to rod the pipes should they become blocked. 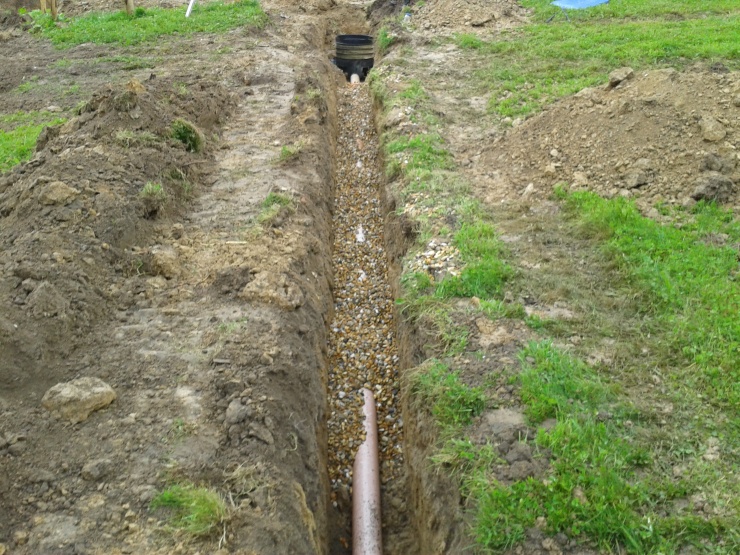 Once in place, the pipe was covered with shingle before being backfilled with soil. The shingle ensures that the pipe is supported evenly all around and prevents it sagging when being back-filled. It also safeguards against cracks caused by sharp stones in the soil.

At the one corner/bend there is a special pipe put in to enable the pipeline to be rodded in the case of a blockage in the future. 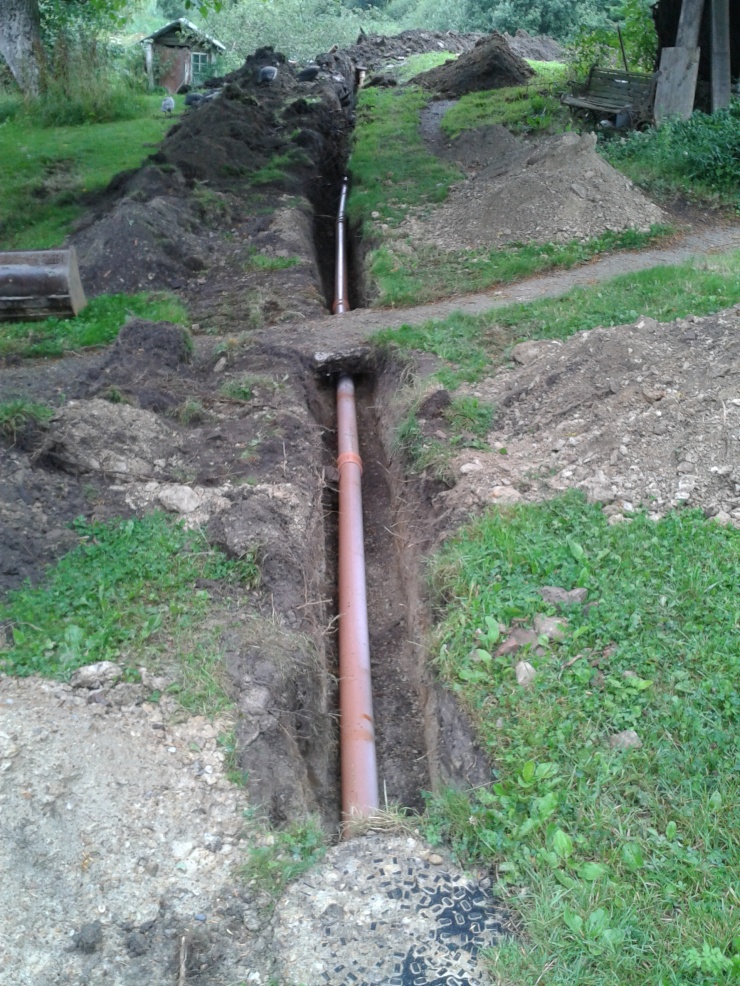 View down towards the existing sewerage manhole to which the building will be connected. Note the concrete footpath that had to be carefully dug under in order for the pipe to reach the existing manhole. 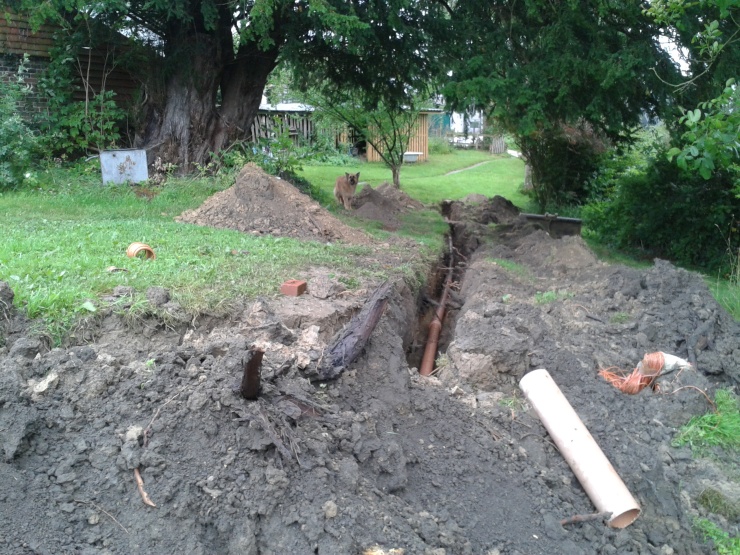 Backfilling with soil.  It was amazing how dry the ground was under this Yew tree!

Into the existing manhole

Up Next: Digging and Preparing the Foundations

1 thought on “Putting in the Drainage”