This picture shows the concrete walls after the shuttering is removed and the two levels of the concrete base can be clearly seen. The concrete wall is 400mm wide and purposely not wide enough to support the straw bales which are 850mm wide. The floor of the house will eventually have underfloor heating and in order not to lose the heat from the floor under the bales we want to ensure that it is well insulated there too. The inside part of the bales will therefore sit on used railway sleepers which will be surrounded by insulation. The railway sleepers will have to sit on block peers which is the next job. 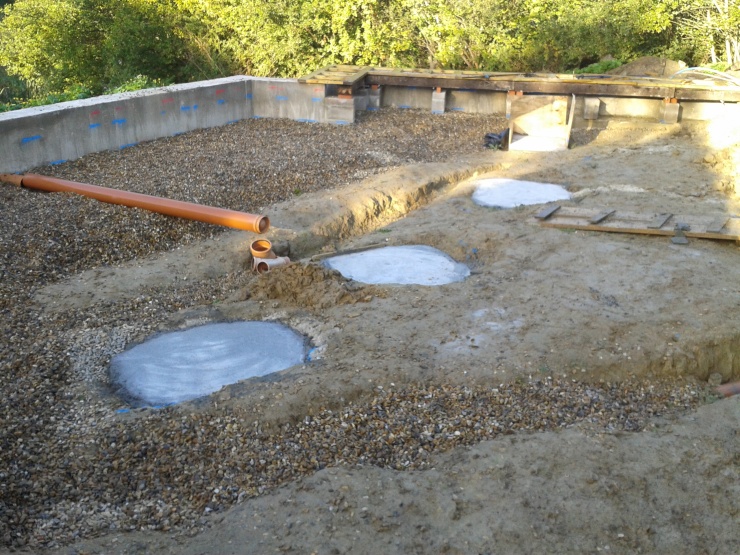 This picture is a bit later after the concrete block peers have been built and the railway sleepers temporarily put in place on them with some bricks in-between. The wall on the south side has no block peers or sleepers because there will be no straw bales there as it will all be windows. The deeper part has been filled in with stone shingle. Below the shingle is a perforated drainage pipe which leads to the ditch next to the house so that any water in there can drain away. 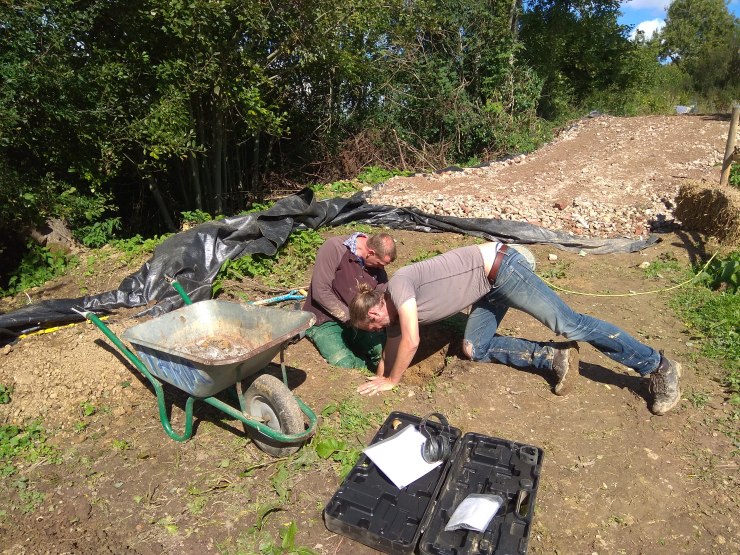 Ben and Terry digging a hole for a concrete base for a roof post outside the house to the west where there will be a covered area for fire wood. This roofed wood store will protect the gabled west wall from all rain. 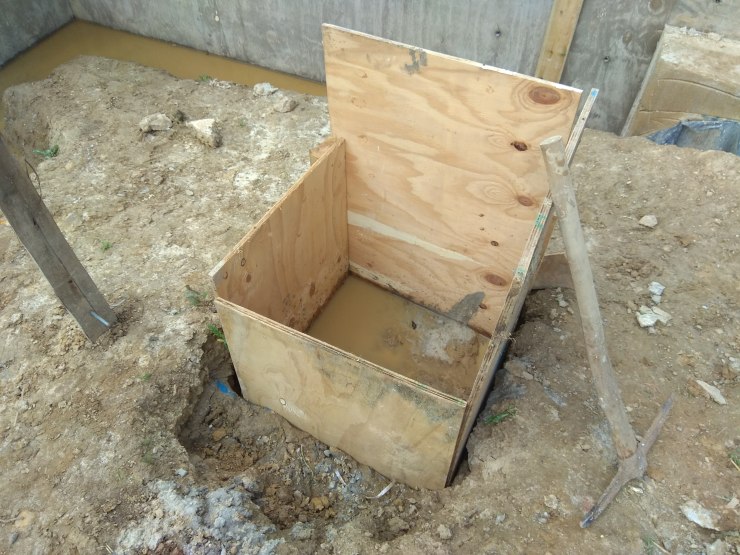 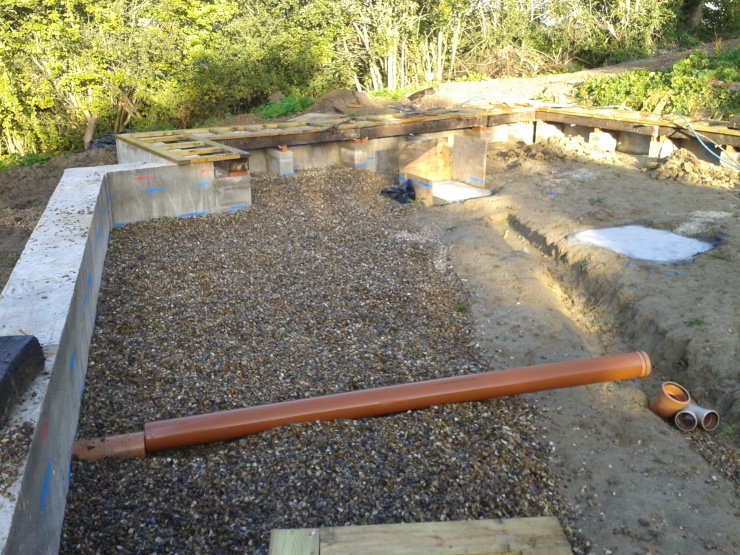 The pipe lying on the shingle will be used for bringing in outside air to the log fire. It is completely oversized but it was already on the farm and not likely to be used in the foreseeable future. 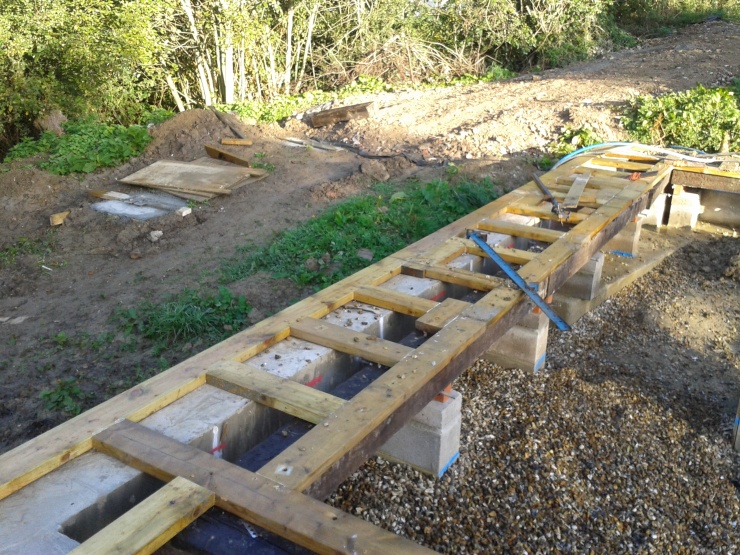 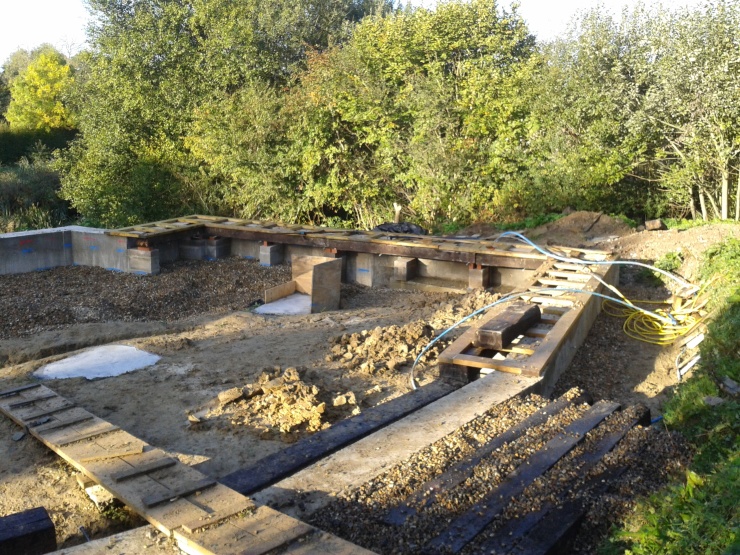 Up next: Recycled Glass Insulation

1 thought on “Preparing For The Sole Plate.”