Because the basic shape of the house is not square or rectangular but a pentagon, we decided not to use the usual trusses sitting on the wall plate. Usually factory made trusses are the easiest way to make a roof and the straw walls would easily have supported it. Instead the roof will be made of three roof ‘planes’ each one resting horizontally on the two north walls and over the windows of the south side. There will be a ridge beam down the length of the ‘center’ of the house, which will support the upper end of the rafters, the lower ends being supported on the wall plate.

The ridge beam is to be supported partly on upright posts and partly on the straw walls at the gable ends. We approached Alice Ward of Crucis Designs Ltd. an engineer who was recommended by Straw Works (the straw bale house building experts http://strawworks.co.uk/ ) to do the necessary calculations for the house, including the roof. We are therefore using the timber sizes etc. specified by her. 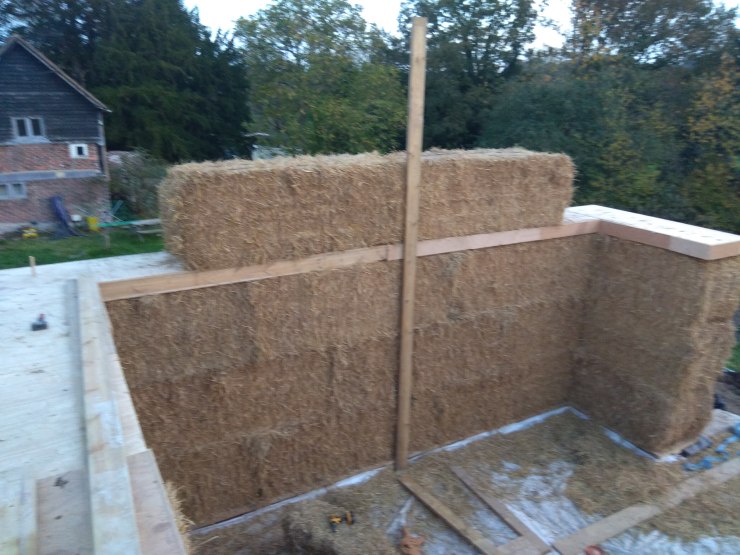 A temporary timber is erected to check how the roof will work. 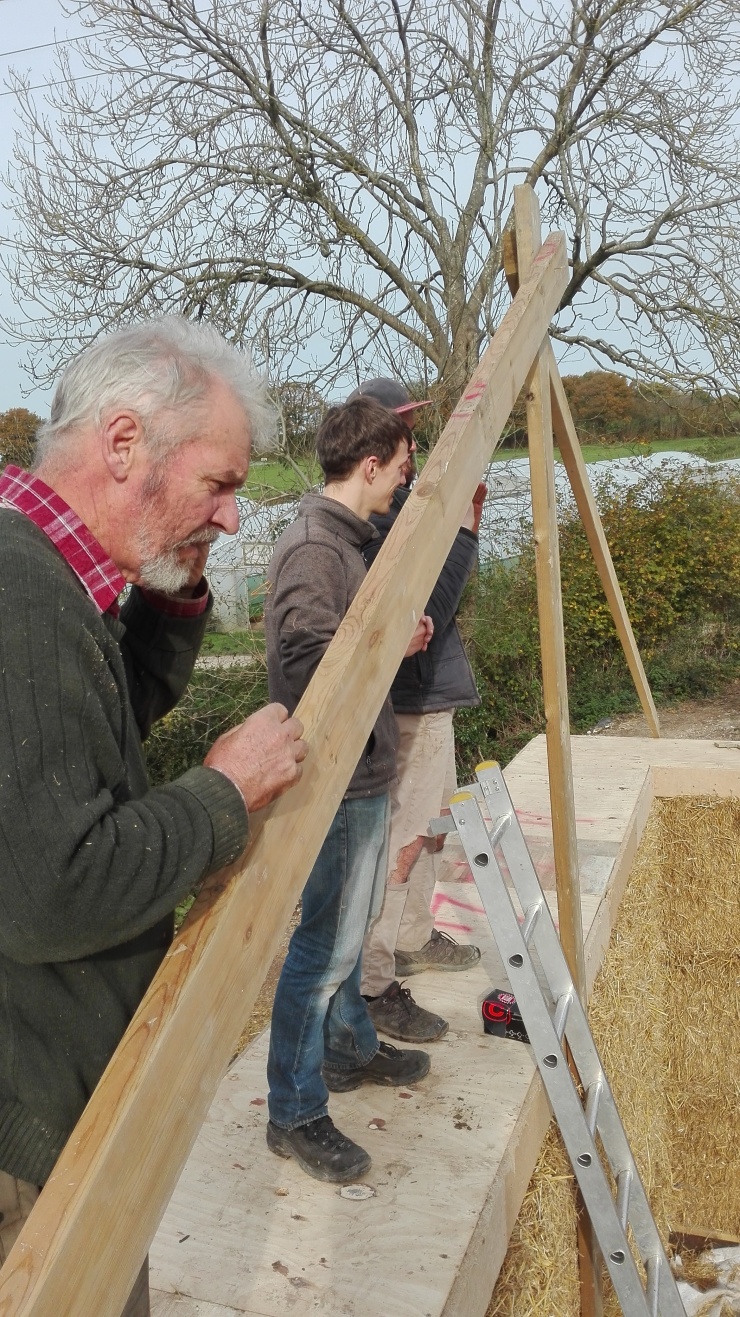 And at the other end. 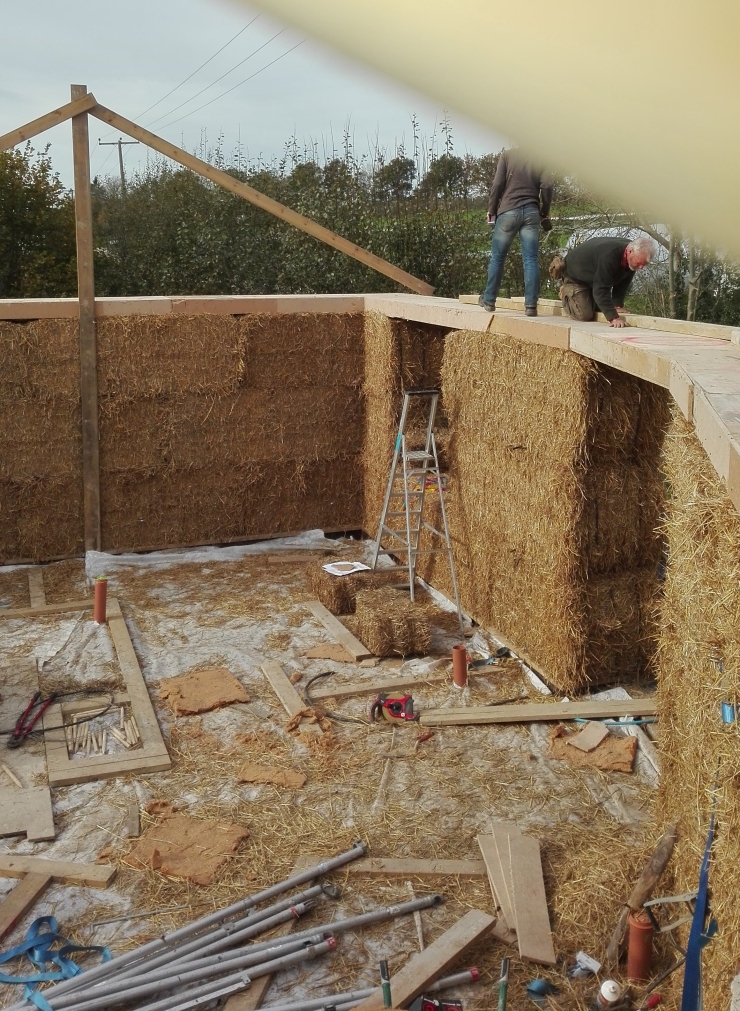 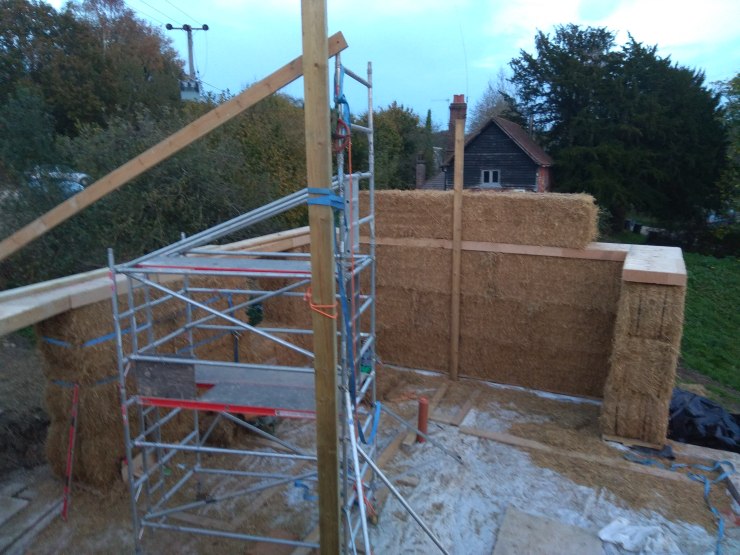 We hired scaffolding and put the large middle post in place by hoisting it up with a pully. 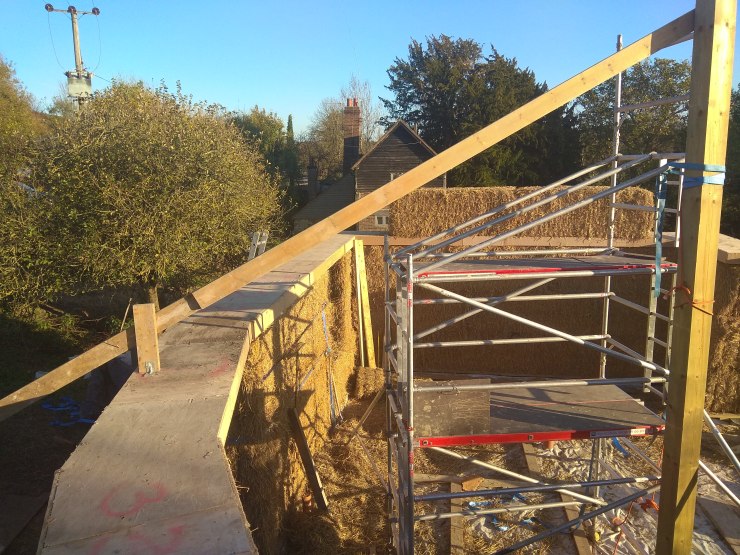 A temporary beam is put in place where two of the roofs will meet.