At the west end of the house, where most of the rain will come from, the house design includes the roof extending over a firewood store. The reason for having it there is to ensure that the west gable end of the house is properly protected from rain, which predominantly comes from that direction.

We therefore started the roof at that end of the house but it means first putting up three posts to support it. Two of the posts carry a flitch beam the other end of which sits on the roof plate on the straw bales. The middle post carries a flitch beam which is the first part of the ridge beam, which will go down the length of the house. 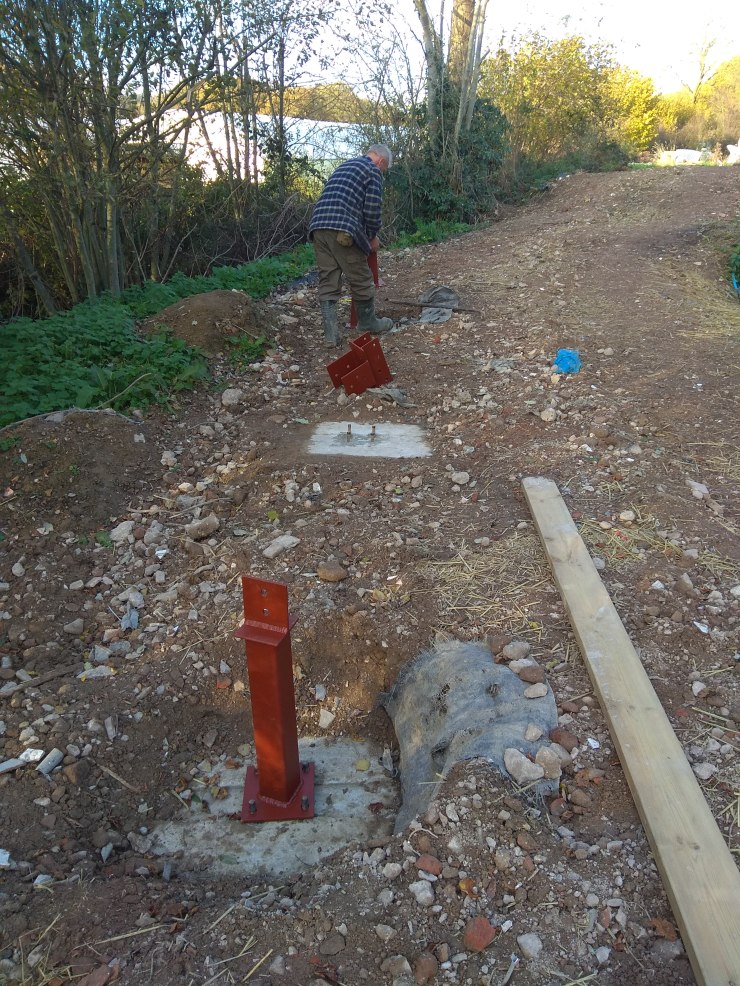 Putting on the metal bases which Robin made up and which the posts will sit on. 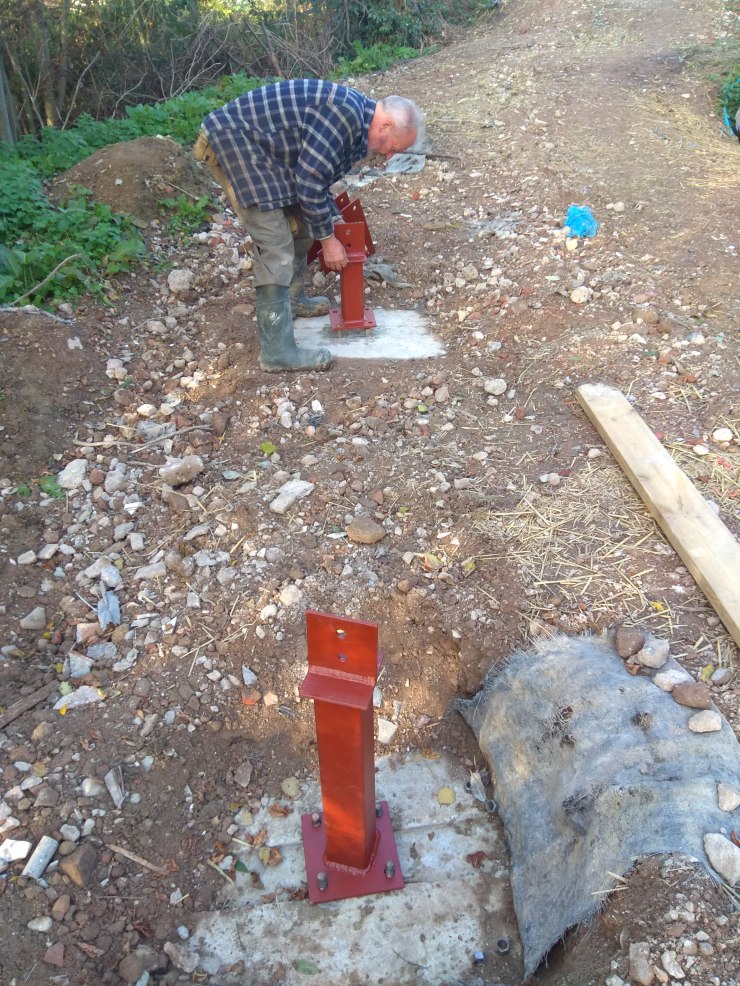 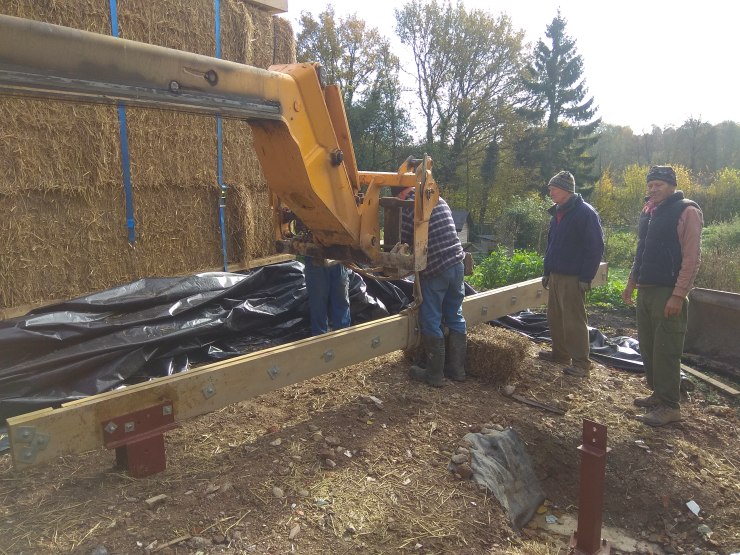 The first flitch beam is brought down from the barn with the post connector already bolted on. 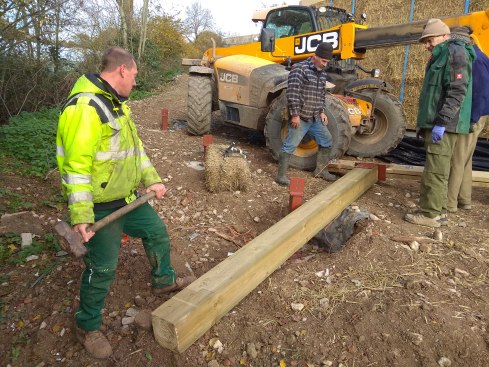 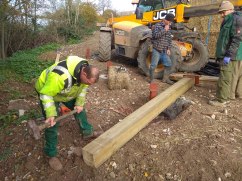 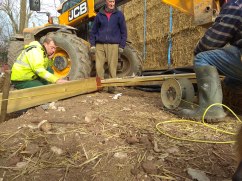 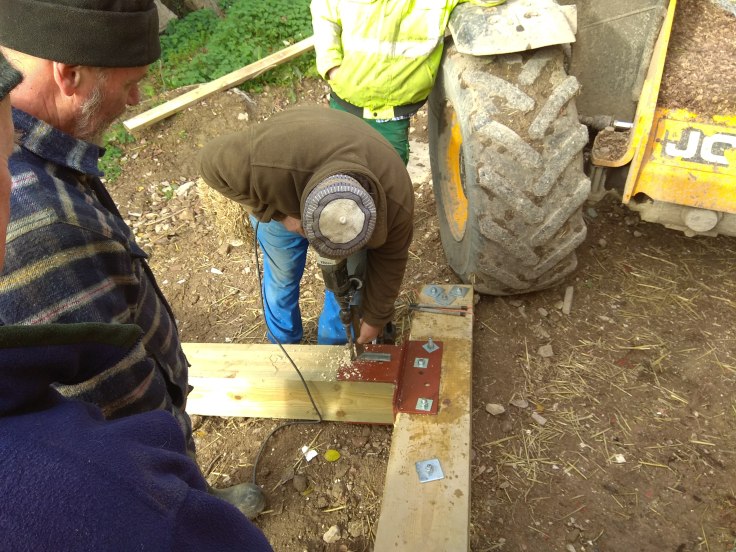 Now the post, cut to the right length is hammered home and holes drilled to bolt it on. 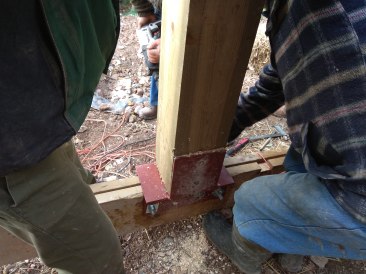 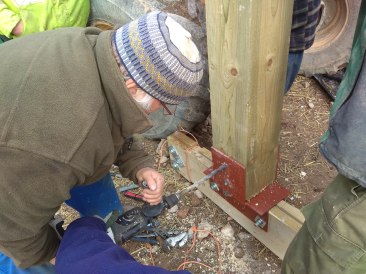 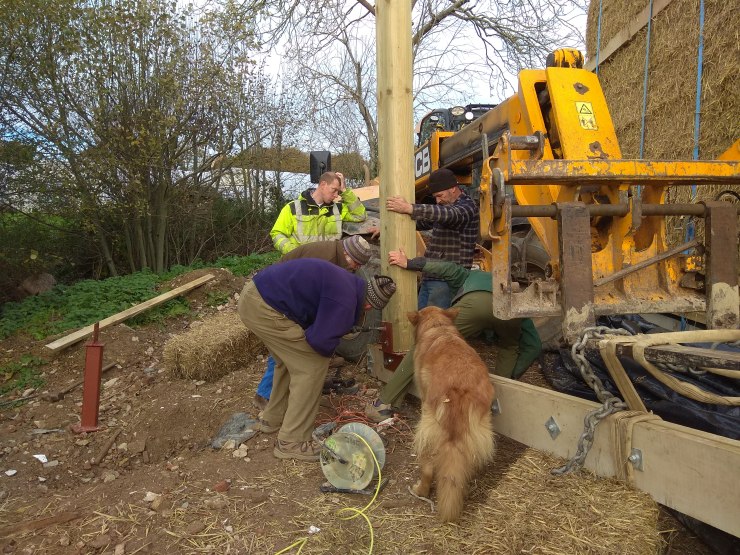 The post needs to be held upright so that the drilling can be done from both sides and the bolts put in. Rusty is keeping an eye on things! 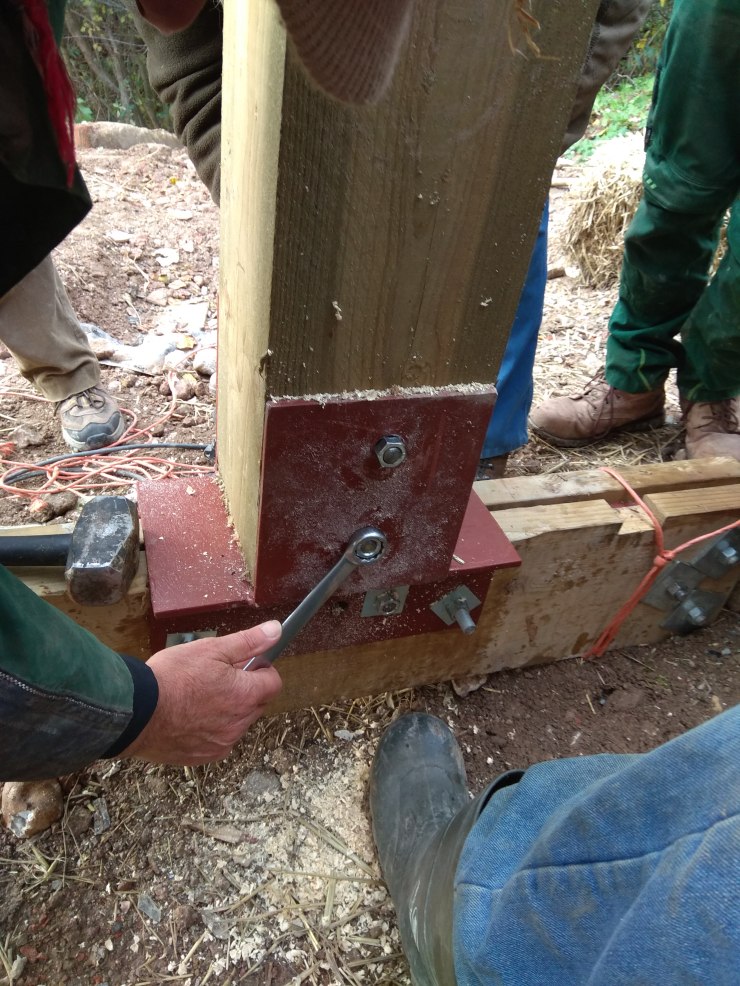 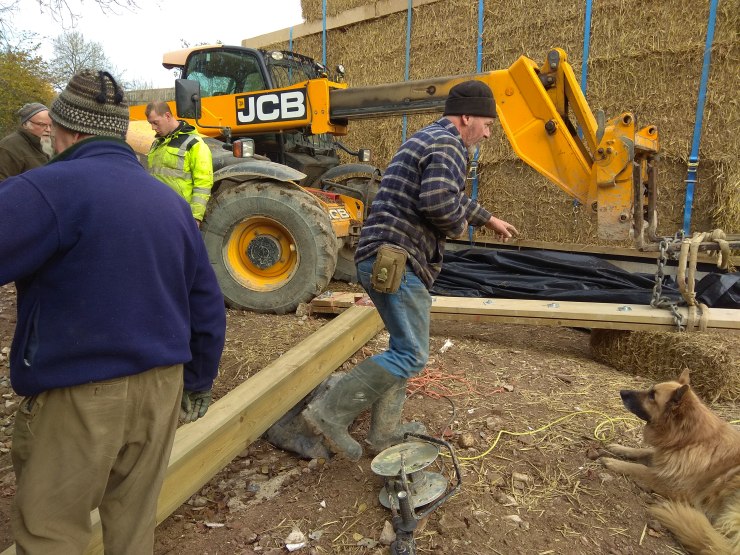 Lets get the blooming thing up! 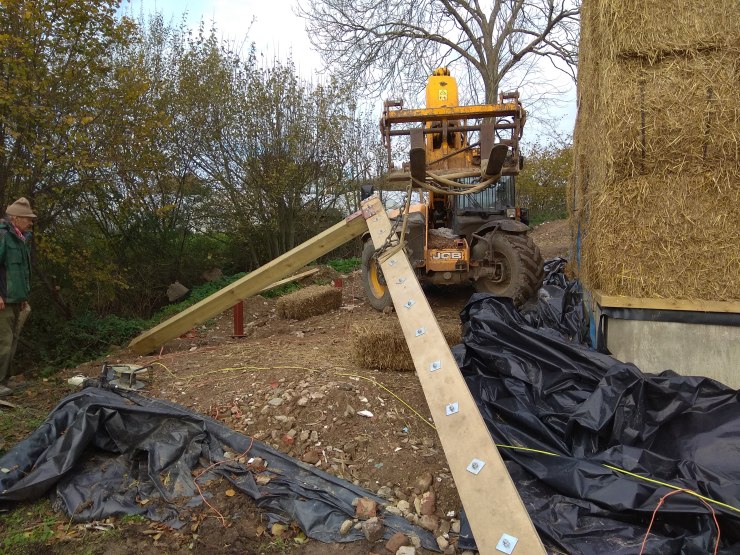 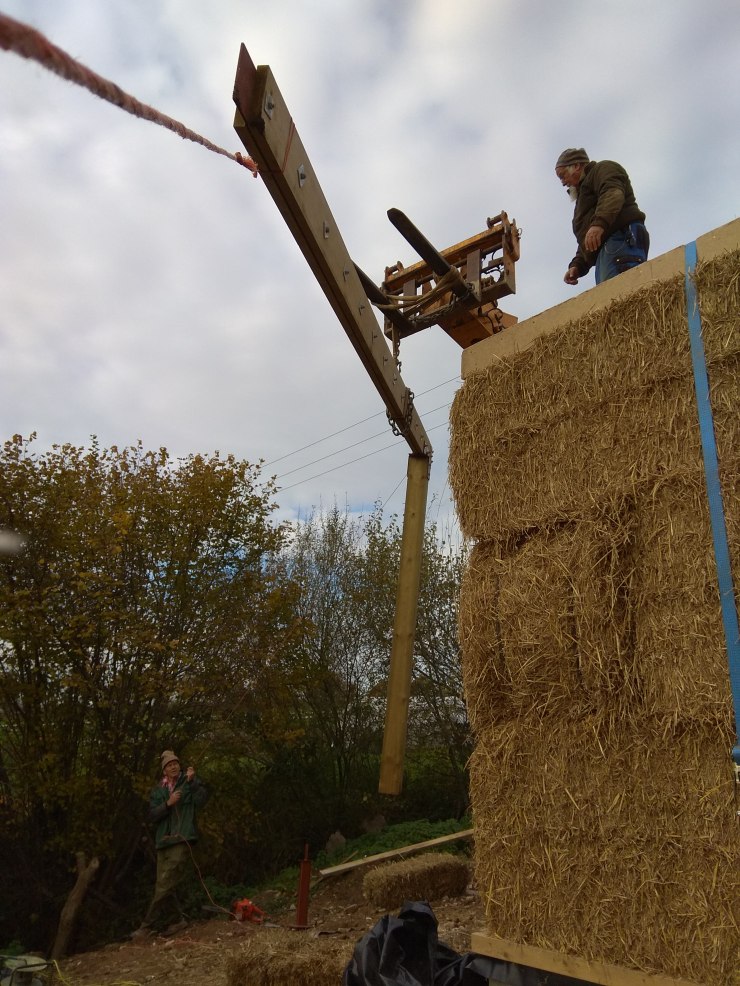 Up she goes, guided by Nino. 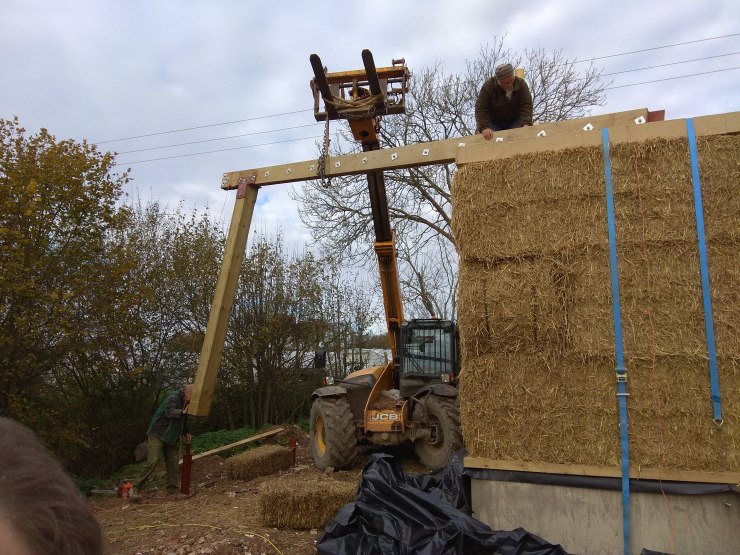 Bruno is on the wall plate checking it is in the right position. 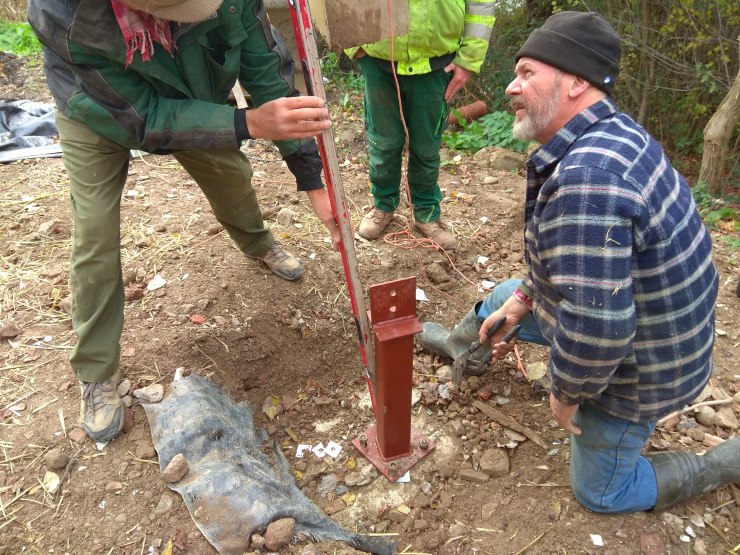 We need to line it up just right! 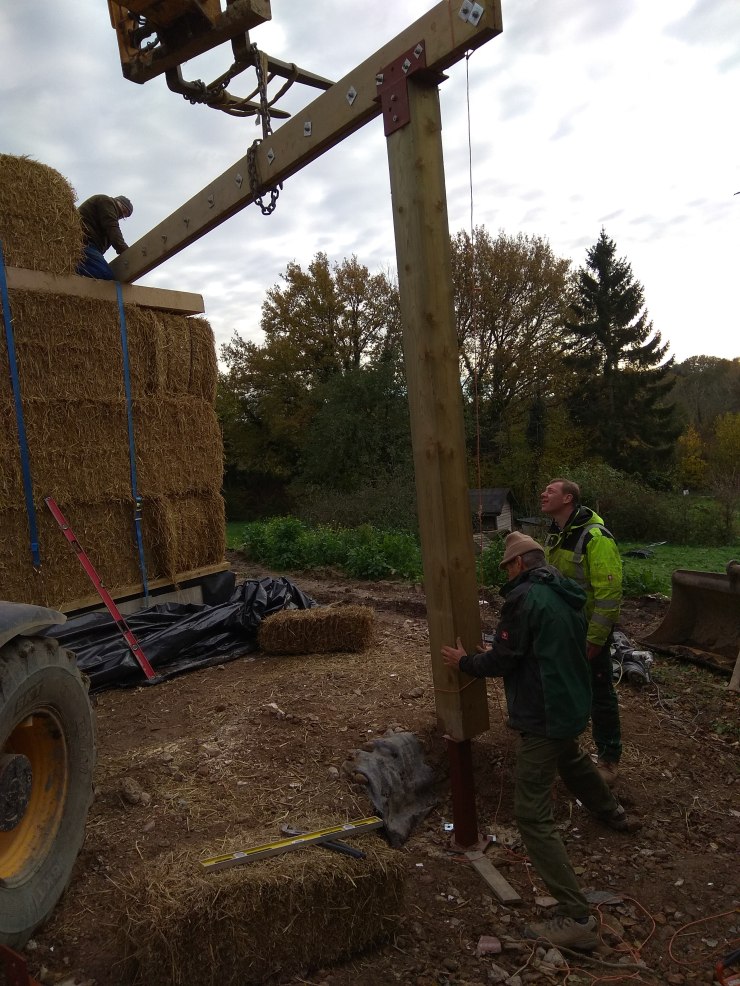 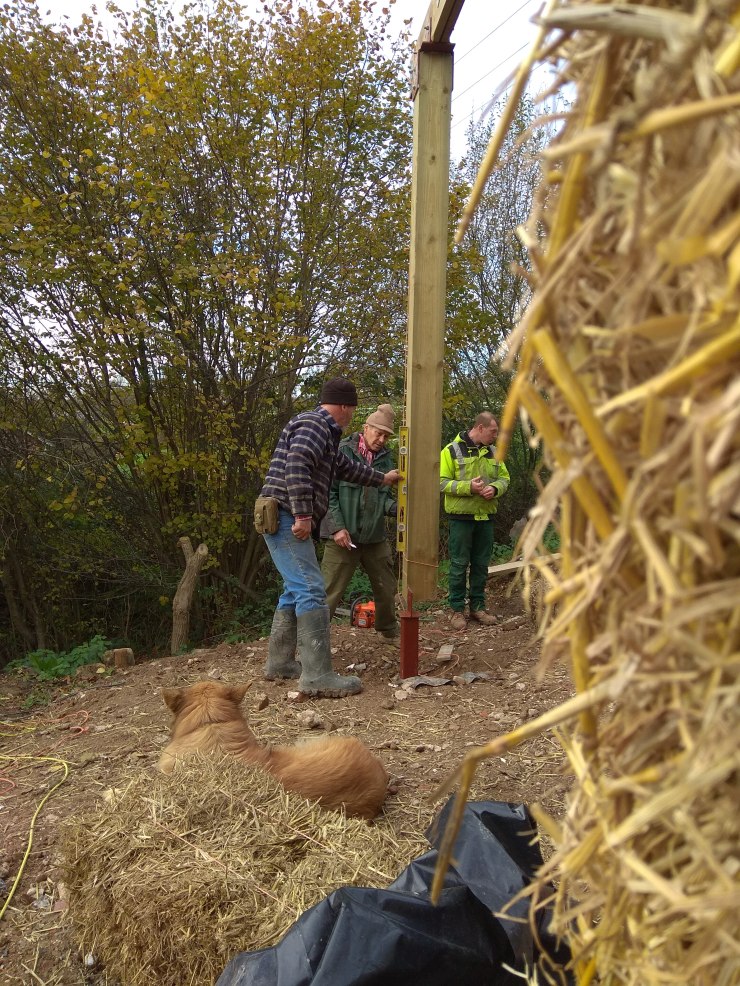 We need to cut a slot on the bottom of the post and drill holes for the two bolts to secure them. 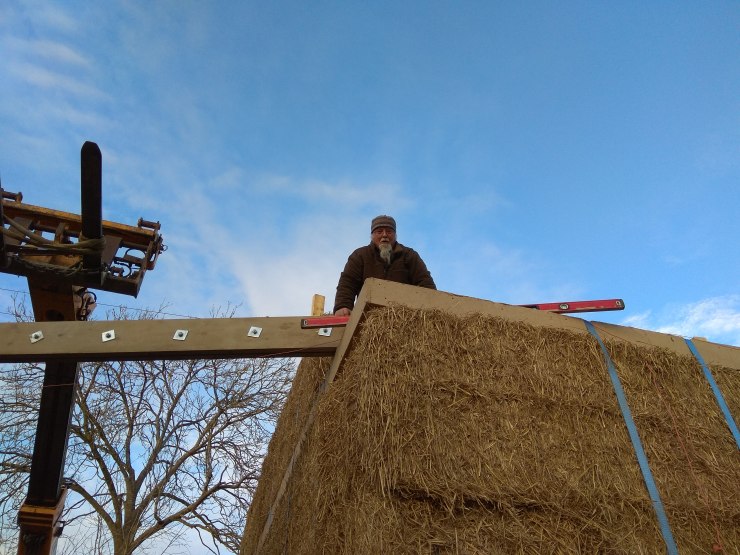 Bruno wondering what is taking us so long! 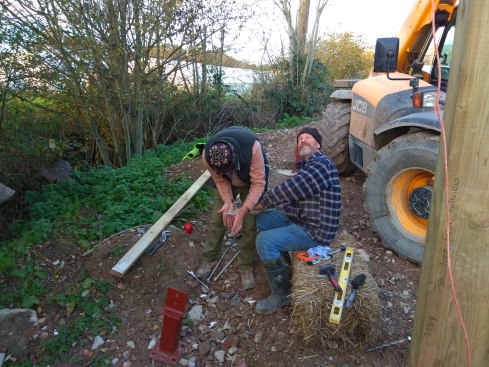 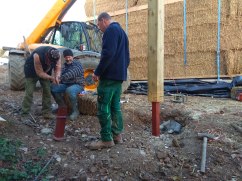 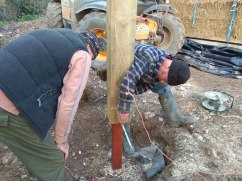 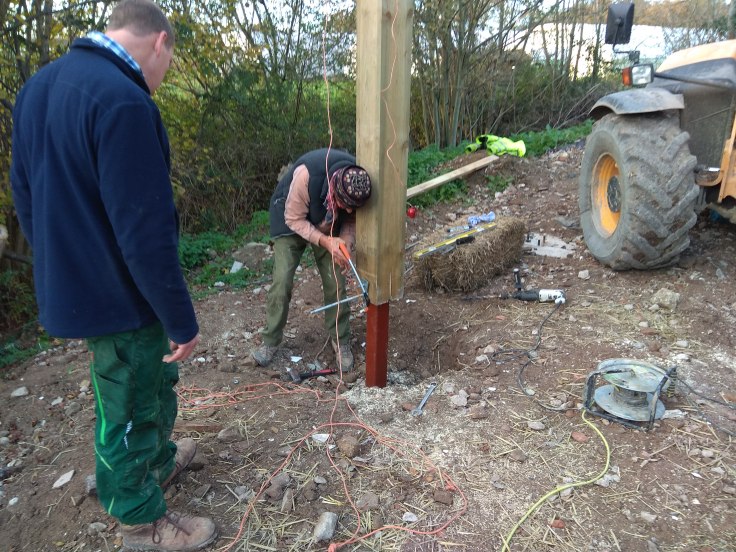 No Nino is not clapping his hands in the upper picture he is taking off a nut. Below he is tightening it on. 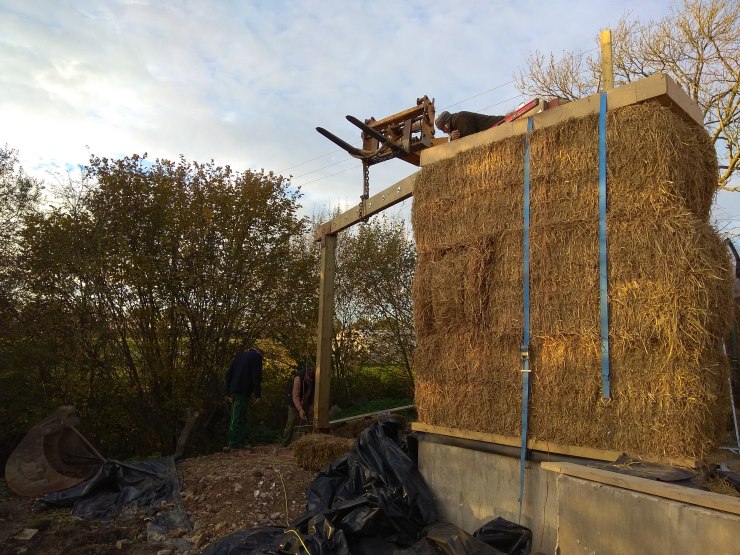 At last it is bolted on. 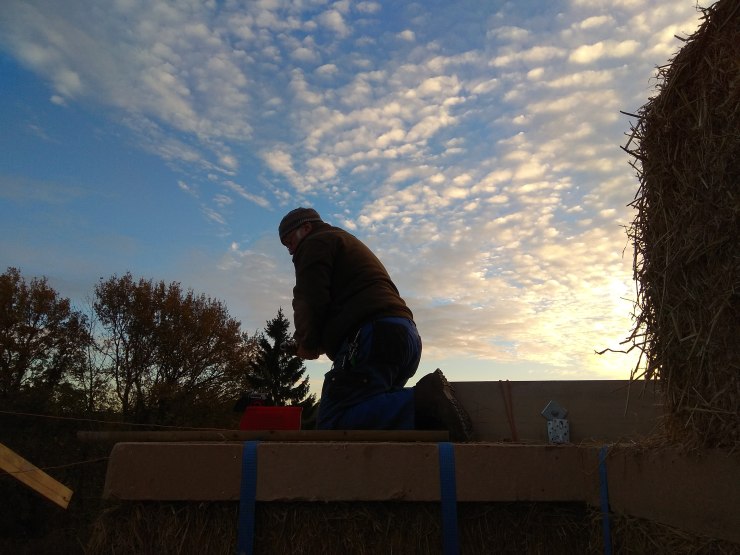 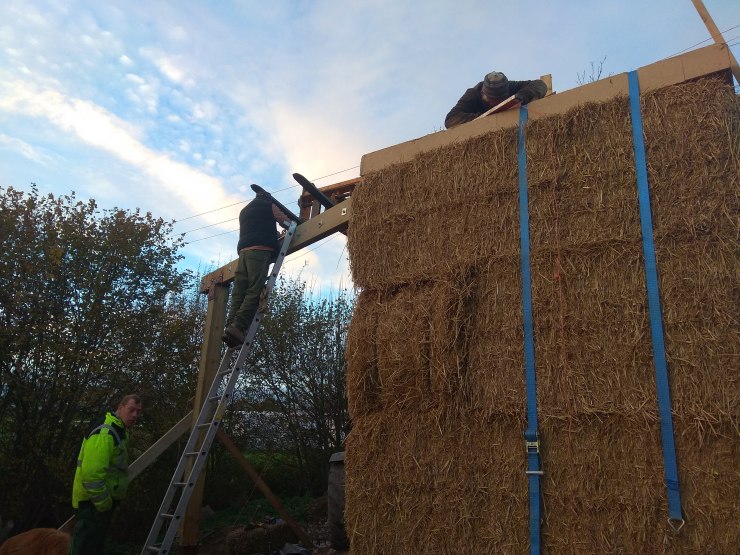 Nino goes up the ladder to take of the chain and strap. 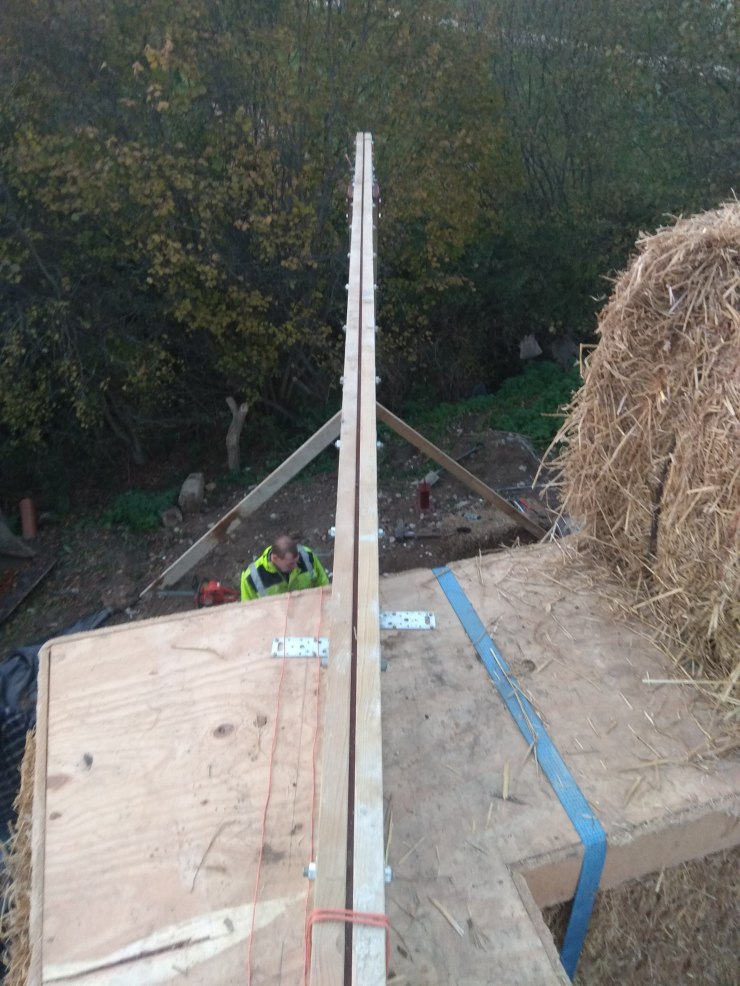 And the first one is up.