This is an item that was not in my initial budget but it became ever clearer to me, having seen a friends house with one, that it would  be the sensible thing to go for in the long run. The house will be so air tight, despite not using membranes, plastics and foams, that without opening windows or doors there will not be sufficient oxygen for the occupants, according to the building regulations. If you open windows or doors in the winter you are letting a lot of hot air out and a lot of cold air in, which is inefficient and costly as it wastes energy. Thus the acquiring of a ventilation system with a heat exchanger enables air from the bathroom and kitchen to be expelled outside but first using it to heat up fresh air which is being drawn in from outside and delivered to the bedrooms and the lounge area. Roughly 80% of the heat from the expelled air is transferred to the incoming air by using a tiny bit of electricity to turn a small but cleverly designed fan.

There will be many different makes on the market but the one I used is Systemair. They provided the plan, the unit and the pipes and I installed it. So far I am very happy with it. I will only be using it in colder weather, otherwise it will be turned off and windows will be open. 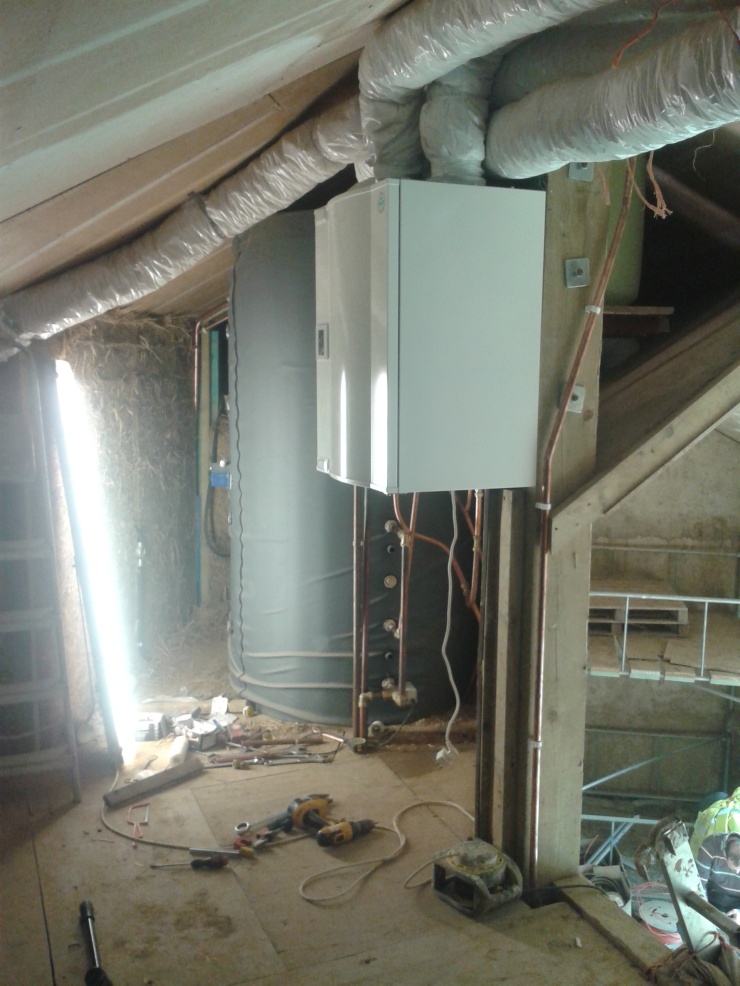 The white box is the heat exchanger unit. The white insulated pipes above it carry the air. The copper pipes in the picture are all to do with the water plumbing and the hot water tank behind. 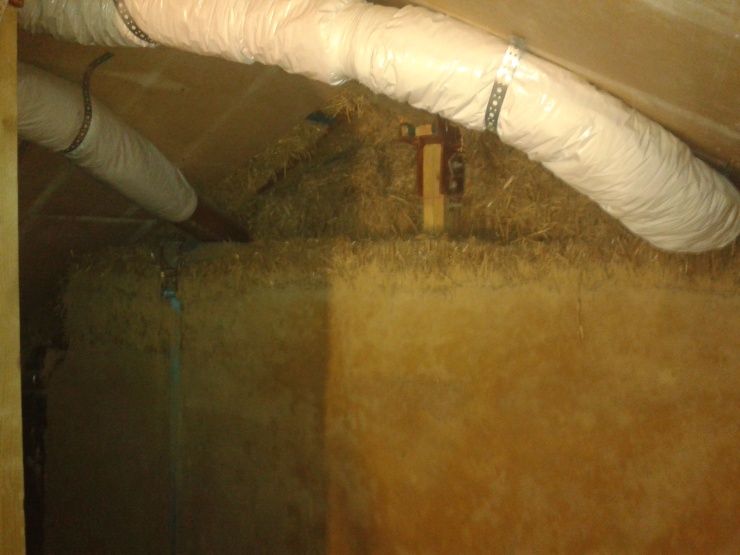 The air intake and outlet passing through the one gable end wall.

The other gable wall with a pipe delivering warmed fresh air to a bedroom to the left and the lounge on the right.

The touch pad control unit in the passage. 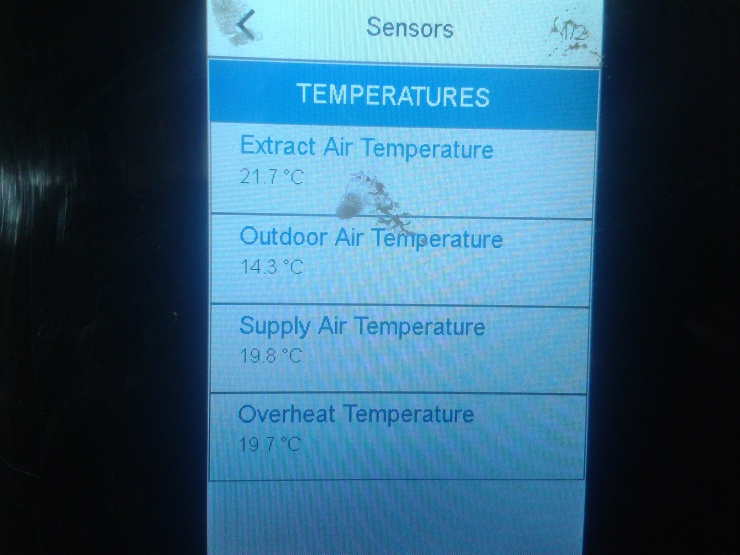 Showing temperature information at that time of the photo.