We would like to thank the architect Nicolas Pople for all the work and time he has put in, for free, as his contribution to the building of the house. Nic has had a long relationship with the farm having first designed the conversion of a small farm cottage into the Care Home over 20 years ago when Peter first came. Since then he has been involved in the shop conversion and other projects.

Nic collaborated with Peter in designing the straw bale house and then drew up the plans and submitted them, successfully getting planning permission.

Below are the plans which were submitted. A few minor changes have been made since, such as only having the concrete foundations around the outer walls instead of a full concrete slab as shown here. 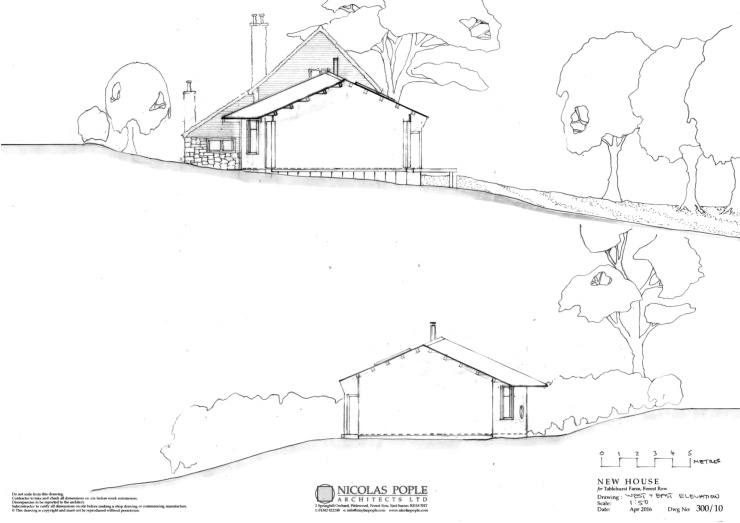