It’s hard to believe just how quickly everything is happening at the moment. From a flat building site we suddenly have a three dimensional house taking shape. Since the bales are so big (240 x 90 x 85 cm) every single bale that goes in makes a huge difference to the appearance of the wall. 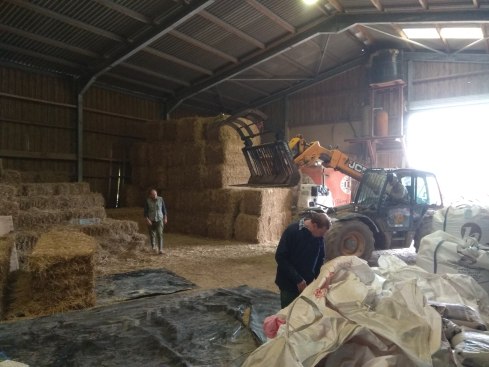 Laying out the bales ready for stringing with fencing wire 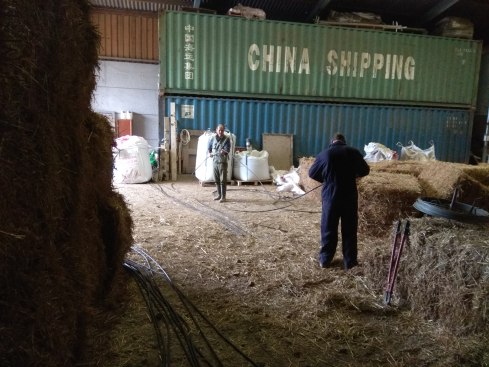 To see a more detailed account of the process of preparing and installing the bales see our last post here. 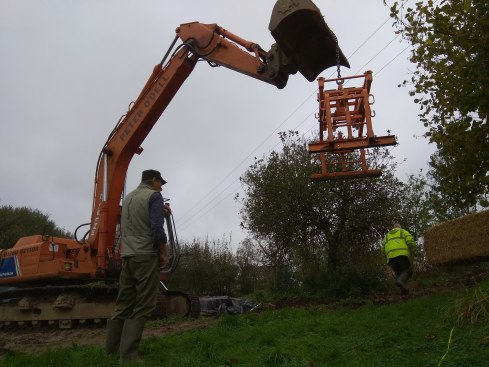 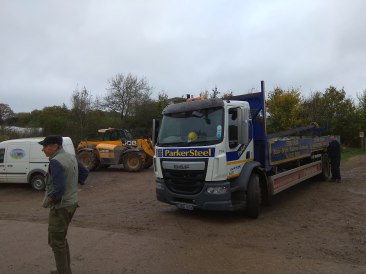 Steel delivery. Meanwhile Terry mixes up more clay for the render in a concrete mixer

Any moisture that gets into the bale will slowly rot the bale. Each bale was inspected by feeling and smelling the straw for dampness/rot before placing.

The right hand side of this bale is clearly moldy. As shorter bales were needed in the bale plan the healthy section (already strung here with insulated fencing wire) could still be used. Right: Peter splits off the rotten sections of the bales.

Placing the bales accurately requires a skillful driver and good communication between the volunteers on the ground and the digger. Luckily Peter is a very experienced operator and was able to maneuver the bales to within a centimeter or two of their final resting place. From there the bale was guided into position by hand. This was easiest with two volunteers, one standing at either end of the bale to hold it in the correct alignment while Peter lowered it the last distance to the ground. 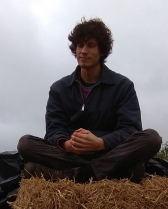 Tom poses photogenically while Peter uses the digger to move a bale into position.

While the bales themselves have a high insulation value the joins between bales can be a real weak point in the thermal envelope of a straw building. It is therefore very important that the bales are fitted together tightly so that there are no gaps. This is a fairly straightforward task on a conventional small bale straw build but due to the sheer size and lack of maneuverability of these larger bales, some inventive thinking was required. 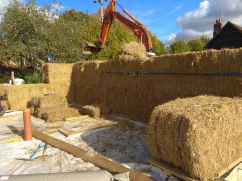 Left: Using a 3 tonnes truckers strap to ratchet two bales together horizontally. The next bale is fitted into place before releasing the strap, sealing it snugly in place.

Another solution was using the hydraulic digger arm to gently push the bales together. Using a combination of these techniques and stuffing loose straw into any gaps we managed to achieve a snug, airtight fit between the bales.

When we reached the second layer of bales wooden stakes were hammered through the top of the bale into the bottom layer pinning the two together. While traditionally sharpened hazel stakes are used Peter decided to use treated pine 2x2s instead.

Click through the picture gallery below to see the rest of the wall go up. 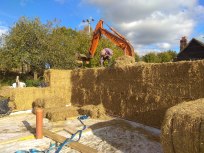 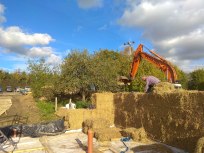 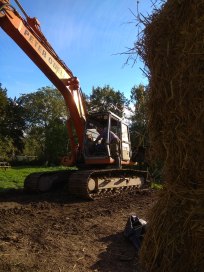 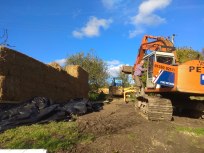 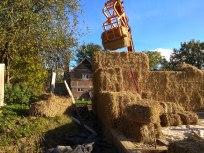 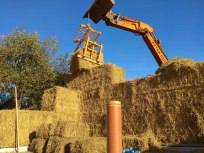 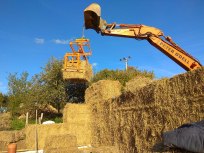 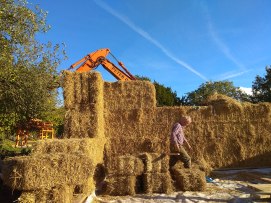 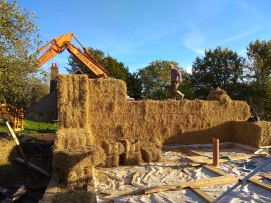 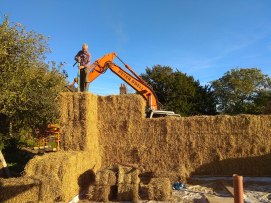 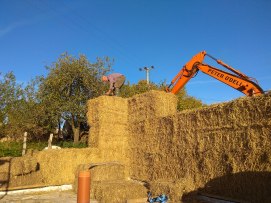 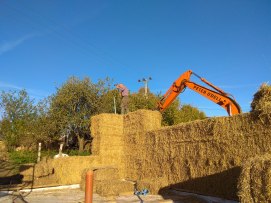 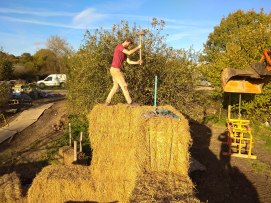 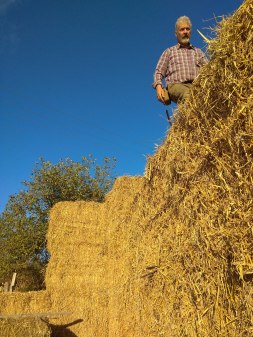 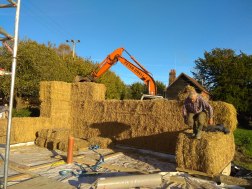 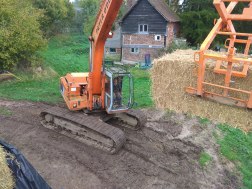 Up next: Straw Bale Building in Fast Forward: A time-lapse of raising the west wall.